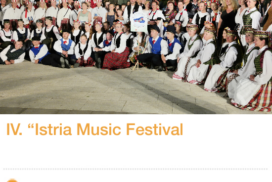 Istria is one of the most popular destinations for foreign visitors to Croatia and its towns of Umag and Porec continually top annual polls of the best holiday resorts in Croatia, as organized by the Croatian National Tourist Board and Croatian TV. With a strong Italian influence (the region in fact used to be part of Italy during the early part of the 20th century), this certainly is a beautiful region of Croatia both along the coast and inland, with its pretty hilltop towns. Rovinj is a true gem of a town, and Pula is also well-worth a visit – home to the Arena, a very well-preserved Roman amphitheater. The one thing that Istria does lack, however, compared to more southern coastal regions are many large islands. The Brijuni group of islands (near Pula) are the exception and great for a day-trip.

Copy and paste this URL into your WordPress site to embed

Copy and paste this code into your site to embed